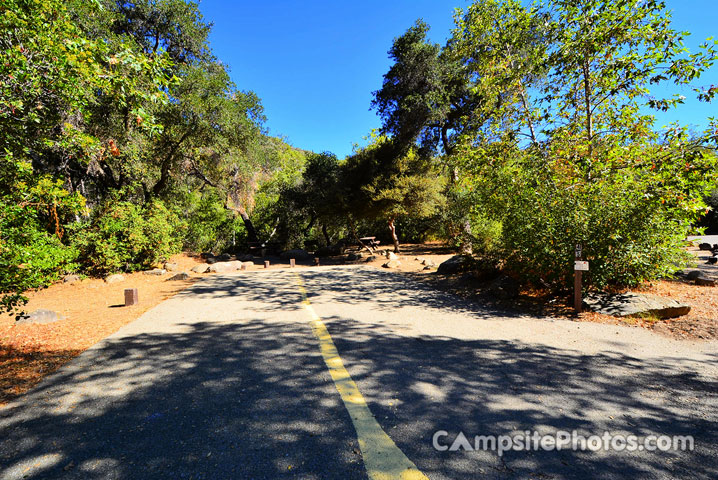 Wheeler Gorge campground has 69 single-family campsites situated around Matilija Creek and surrounded by mountains in the Los Padres National Forest. There are also 6 double sites for larger groups.

Campsites can accommodate tents, trailers and RVs (up to 35 feet). Each campsite also has a table, fire ring and grate. Some also have a BBQ pedestal. The campground has vault toilets, but no potable water. Firewood is also available for sale from the camp host.

The campground offers a nice base camp for families to explore the Los Padres National Forest.  It can get quite hot here in the summer, but most sites have nice shade.  The area has plenty of trails to hike and explore.  Some of the campsites are located next to the creek.  Outdoor recreation includes hiking, mountain biking, picnicking, wildlife viewing and splashing about in the creek.  Fishing is marginal at best (the creek is not stocked).

If you’re heading toward the coast, you may also be interested in Emma Wood State Beach or McGrath State Beach. Rose Valley campground is also nearby.

Make a Reservation for Wheeler Gorge Visited Wheeler Gorge Campground lately? We'd love to hear about your adventure. Did you find us useful? Did we forget something? Anything our community should know before heading out to Wheeler Gorge?